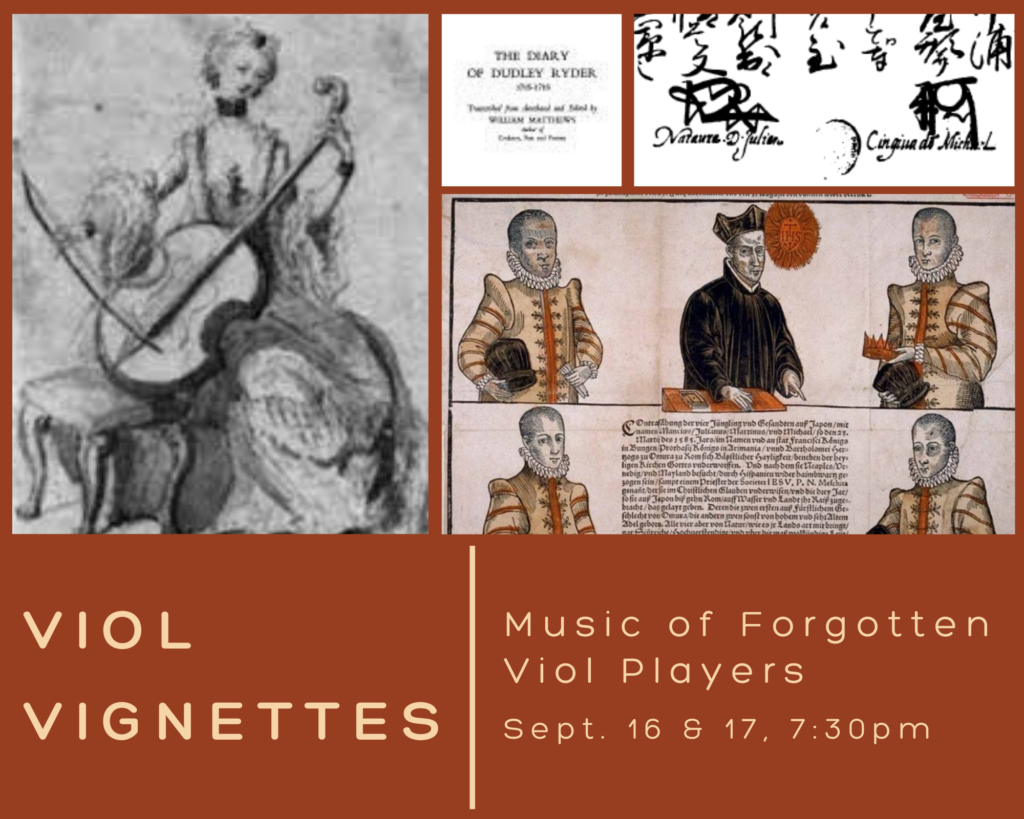 In this program, you’ll meet

Get to know these viol players through music that we know they played or that they likely knew, including works by old favorites like Handel and Lully and could-be-new-favorites like John Weldon and Damião de Goís.

Actor Danielle Boivin will help give voice to these forgotten musicians with short dramatic readings by them or their contemporaries.